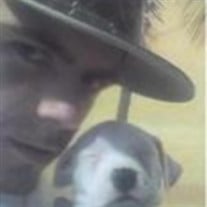 Brian Szimanouss of Millington, Tennessee passed away on July 7th 2020 in Ripley, Tennessee. Brian was born in 1982 in Bristol, Connecticut to Rosanne and Jeffrey Szimanouss. Brian began his life in Southington, Connecticut attending the Southington... View Obituary & Service Information

The family of Brian Jeffrey Szimanouss created this Life Tributes page to make it easy to share your memories.

Brian Szimanouss of Millington, Tennessee passed away on July...

Send flowers to the Szimanouss family.