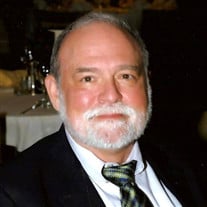 Obituary for Christopher Garrett Christopher Vaughan Garrett Oct 23, 1959 - June 17, 2021 Christopher “Chris” Garrett. 61, of Cordova, TN, passed away from a lengthy illness into the arms of his Heavenly Father on June 17th, 2021. Chris was preceded in death by his mother, Nedra V. Garrett, father, Gerald D Garrett Sr., and brothers Paul W Garrett, Raul H Garrett and Gerald Dudley Garrett Jr. Survivors include his wife of 35 years, Marie A. Garrett (Cordova, TN), and two daughters Christian M.A. Garrett (Cordova, TN), Giselle C.M. Garrett (Maryland Heights, Mo.) Also surviving Chris are two beloved nephews Stephen Garrett and his wife Heather and children (Hornlake, Ms.) and Michael Garrett (Memphis, TN) and two beloved nieces Mary Boyett Bremmer and children (Claude, Tx) and Ashley Hill and her husband Houston Hill and children (Whitney, Tx) and another beloved nephew Donald Calvin and his wife Rachel Calvin and family (Eddy, Tx). Also surviving Chris is a much beloved Aunt Doris Neal and her daughter Amanda Divilbiss both of Marian, Ar. Chris was a southern gentleman through and through. Even in his failing health, he insisted on opening doors for ladies, ordering from the menu for his family (even though the menu alterations from the family drove him CRAZY!) and he never ever complained of his diminishing health. Chris was an AVID musician and was a member of “The Band” from West Memphis High School in West Memphis, Ar. Chris won numerous awards as a trombone player and even attend Arkansas State majoring in Math on a music scholarship. Chris loved the Motown music genre, jazz, classical and even a little funk....music was always his passion. He married Marie A Dubus in Memphis, TN on Oct 12, 1985 - a “Yankee”, and in their union had two beautiful daughters who are quite the musicians themselves! With Marie, Chris traveled. Together their bucket list was to go to all 50 states and they made it to 38, but his final two trips in 2019 were to Norway and France, which was on Marie’s bucket list. Chris also loved to entertain family! Especially 4th of July and Christmas. Those were his two favorite holidays and they were always loud and full of people and full of food! At 6’6”, Chris commanded a room, but his gentle side attracted children who loved to climb all over him and try to wrestle with him. He is dearly missed and the void left by him is commanding. The world was too small for this gentle giant. In lieu of a Funeral, the Celebration of Life Service will be held on July 18, 2021, from 2:00p.m.until 3:30p.m., culminating with a balloon release at Cara Hills II at 1960 US 70, Gallaway, Tennessee 38036.

The family of Christopher Vaughan Garrett created this Life Tributes page to make it easy to share your memories.

Send flowers to the Garrett family.