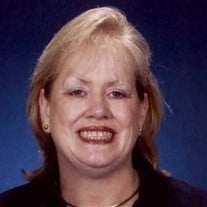 Jo Helen Jordan, 60 Years Old, passed away on October 10, 2017, at Methodist Le Bonheur Hospital in Germantown, TN. She was born on January 24, 1957, in Memphis, Tennessee to Tildon Lee Frederick and Dorothy Alberta Littlejohn Frederick. Jo grew up in Memphis, Tennessee. She graduated from Central High School in Memphis, Tennessee in 1975. After high school she attended State Technical Institute in Memphis, Tennessee while working full-time. She worked for many different companies in various administrative and leadership capacities such as First Tennessee Bank, Life Blood, Auto-Chlor Systems, and finally at Carter Funding as a Payroll Administrator for many years. Jo married Harold Andrew Jordan in 1977 in Memphis, Tennessee. They were happily married for 25 years before Harold went home to be with the Lord in 2004. Jo was a member of Bellevue Baptist Church. She enjoyed being with her family, visiting with people she loved, and making people laugh. Some of her favorite things to do were reading, encouraging others, being a prayer warrior, showing off her big beautiful smile, singing, attending Southern Gospel concerts. She even grew to love Christian dances. She loved fellowshipping with her brothers and sisters in Christ. She spent most of her time witnessing to others about her savior and the love of Jesus Christ and how he was always at work in her life. She attended the Grief Share class at Bellevue Baptist after her husband passed in 2004 and after Gods miraculous healing of her grief she was able to take on a leadership role in the Grief Share ministry that had helped her in her darkest hour. Through her own Grief recovery God gave her the gift of helping others through the loss of a loved one opening doors for her to minister to those in need like she once was. She was a truly amazing woman who had a lifetime of accomplishments and also received numerous awards from her employers but none that will compare to the rewards she is receiving in heaven right now. Jo was preceded in death by her Husband Harold Jordan, Father Tildon Frederick, Mother Dorothy Frederick, Brother Leroy Frederick, Sister Shirley Frederick, and Sister Shelby Barrett. Jo is survived by her two sons and their wives (her “daughters-in-love”), Mark and Kasie Jordan of Memphis, Tennessee; Brad and Kaleigh Jordan of Bartlett, Tennessee; her brothers and their wives, Mitchell and Diane Frederick of Bartlett, Tennessee; Terry and Pam Frederick of Murfreesboro, Tennessee and her sister and her husband Sue and Bruce Shearer of Ida, Arkansas; her grandchildren Wyatt Coleman, Piper Coleman, Chanel Jordan, and Madison Jordan; and other relatives. A memorial service will be held at Bellevue Baptist Church in the Chapel, located at 2000 Appling Road, Cordova Tennessee, on October 17, 2017, at 1:00 pm, a Graveside Service and Burial will follow at to follow at Memphis Funeral Home and Memorial Gardens located at 3700 N. Germantown Parkway, Bartlett, Tennessee, at approximately 2:15 pm. Flowers may be sent to Bellevue Baptist Church; the Memphis Funeral Home and Memorial Gardens in Bartlett, Tennessee; or memorial donations can be made in her honor to the American Cancer Society at https://donate3.cancer.org. Condolences may be left on Jo Jordan’s guest book at http://www.smartcremationmemphis.com/obituaries/Jo-Jordan-2/. John 3:16 For God so loved the world that he gave his one and only Son, that whoever believes in him shall not perish but have eternal life.

The family of Jo Helen Jordan created this Life Tributes page to make it easy to share your memories.

Send flowers to the Jordan family.