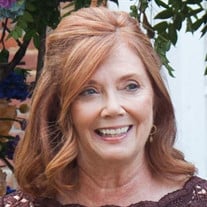 Linda Duff Connell, 66, passed away on July 29, 2019 of complications following heart surgery. Linda was born on December 31, 1952 in Knoxville, Tennessee, to Leota Blanche Duff, and Raymond Floyd Duff. Her family donated land and funds to found First Baptist Concord Church in Knoxville, Tennessee. She graduated from Farragut High School in Knoxville in 1970. She earned a bachelor’s degree in education from Middle Tennessee State University in 1974 and a masters degree in education from the University of Memphis, formerly known as Memphis State University, in 1991. Linda was married to Gary Daniel Connell in 1988 and the two were happily married for thirty-one wonderful years until her untimely death. She raised three children, Douglas Peter Connell, James Brandon Connell, and Elizabeth Connell Parr. She was blessed with three grandchildren, Jackson Bradley Connell, Isabella Linh Connell, and Waylon Tylor Parr. Linda was a dedicated teacher for over thirty years, most of it spent in the Shelby County Schools. She taught for years at Germantown Elementary School, and Tara Oaks Elementary School. Throughout her career, she was a highly regarded educator and was well loved by her peers. She influenced the lives of well over 1,000 children over the course of her career. Mrs. Connell was also active in her community. She was a longtime member of Germantown United Methodist Church. She also actively volunteered her time at a number of area institutions, including St. Dominic School of Memphis and Le Bonheur Children’s Hospital of Memphis. In the course of her life, Mrs. Connell and her husband traveled all over the world, visiting over fifty countries on all seven continents. If a life can be measured by the number of people influenced, and the richness of experience lived, then Linda Connell’s life was much richer than her sixty-six years. She will be sorely missed by her family, friends, and community. A celebration of life will be held at The Quonset, 178 S. Center Street, Collierville, Tennessee, on August 8, 2019 from 5:00 to 8:00. We will gather to reminisce and celebrate, rather than mourn. Anyone who wishes to speak or share a memory of Linda is encouraged to do so.

The family of Linda Connell created this Life Tributes page to make it easy to share your memories.

Send flowers to the Connell family.