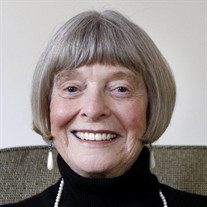 Patricia Jane Hillman Murrell, 83, died October 25, 2019. The daughter of Adam Byrd Hillman and Mary Lessie Walton Hillman, she was predeceased by her husband, Dan Stewart Murrell, and her brother, Adam Byrd Hillman, Jr. She is survived by her two children, Dan Hillman Murrell (Vicki) of Memphis and Susan Patricia Murrell (Dennis Stephens) of Gorham, Maine; two grandsons, Cody Murrell of Houston, Texas and Sallis Murrell (Lena) of Macon, Georgia; a sister, Rosemary Hillman Hopkins (Oliver); five nieces and nephews; and two great-grandchildren, Flora and Lazarus Murrell. Born in Neshoba County, Mississippi, Pat grew up in the Be Better community, graduated Union High School and Millsaps College, and received master’s and doctoral degrees from the University of Mississippi. She taught in several elementary schools; in the U.S. Armed Forces Institute in Wurzburg, Germany; at George Mason University; and at the University of Virginia’s Northern Virginia Center. In 1970, she joined Memphis State University (now the University of Memphis) as its last Dean of Women. There, she was professor of counseling and a member of the Center for the Study of Higher Education. She also directed the Leadership Institute in Judicial Education and the Institute for Faculty Excellence in Judicial Education, receiving several awards. This work in continuing education for judges also brought her recognition as a founder of the International Organization for Training Judges and as an international consultant for judicial education. Pat taught in the Department of Leadership at the University of Memphis until her retirement as Professor Emerita in 2014. She was recognized as one of the University’s 100 most inspirational women during its first 100 years. She served on the boards of Memphis Planned Parenthood and Theatre Memphis and was a longtime member of St. Luke’s United Methodist Church. The family wishes to thank Pat’s devoted caregivers, Tonya Anderson, Dyanne Saulsberry, and Florida Smith. A memorial service will be held at 10 AM on Saturday, November 2 at St. Luke’s United Methodist Church in Memphis, and the family will receive visitors afterwards. The family requests that memorials be made to the Patricia H. and Dan S. Murrell Law Faculty Enrichment Fund at the Cecil C. Humphreys School of Law at the University of Memphis (http://supportum.memphis.edu/murrellfund), Planned Parenthood, Theatre Memphis, St. Luke’s, or a charity of the donor’s choosing.

Patricia Jane Hillman Murrell, 83, died October 25, 2019. The daughter of Adam Byrd Hillman and Mary Lessie Walton Hillman, she was predeceased by her husband, Dan Stewart Murrell, and her brother, Adam Byrd Hillman, Jr. She is survived by her... View Obituary & Service Information

The family of Patricia Jane Hillman Murrell created this Life Tributes page to make it easy to share your memories.

Send flowers to the Murrell family.