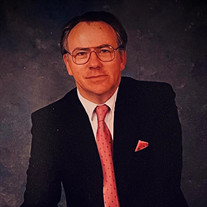 Thomas Edward McClung, age 84, of Springdale WV, passed away in the early hours of October 8th, 2021, at his daughter’s home in Lakeland, TN. He passed peacefully with loved ones by his side. Thomas was born April 26th, 1937 to Murray and Lucy McClung of Springdale, WV. Thomas had four siblings, Phillip, George (Dick), Mary, and Nancy. From a very early age Thomas was very musically gifted. At age 10, he could play any song by ear on the piano. He went on to take four years of music lessons, to learn to read music. Thomas was also and exceptional student in school. He was double promoted twice, and graduated from Meadow Bridge High School, May 24th, 1954. In July of 1953 whilst attending an annual convention of the Jehovahs Witnesses at Yankee Stadium in New York, he met his future wife and soul mate. After courting for three years, he and Martha Mitchell were married on June 30th, 1956. During their 65 year marriage, they raised five children Steve McClung, David McClung, Tammy McClung (Peck), Teresa McClung (Kalb), and Amy McClung (Ludwig). Thomas and Martha eventually moved to Virginia, where they resided a majority of their life together. They were both devoted Jehovahs Witnesses and very active in their faith. Thomas touched many people’s lives through the ministry, that he was very passionate about. Thomas’ love for music led him to start his own business “McClung’s Music Service”. He was very renowned in his field and had the privilege or restoring some of the world’s most rare pianos. Thomas also maintained the pianos at “The Greenbrier” in White Sulfur Springs WV, and “The Homestead” in Hot Springs, VA for many decades. Throughout his career he had the opportunity to meet many interesting and talented people. He had countless clients nationwide, that would only entrust Thomas with the care of their piano. In addition to his love for music, Thomas was also an inventor. He was always thinking, sketching, and building something, he was quite the visionary. Thomas was also a U.S. patent holder. Thomas had a sense of humor unlike anyone else. He could fill a room with laughter in moments with ease. His personality was magnetic, he was loved by so many and will be missed greatly. His greatest love though was for his loving wife. They were rarely apart and partners in all things. When he lost her in August, he was completely heartbroken and he too was lost. Theirs was truly a beautiful and inspiring love story. Thomas was preceded in death by his father Murray McClung, his mother Lucy McClung, his brothers Phillip McClung and George (Dick) McClung. Three of his children, David McClung, Teresa Kalb, and Steve McClung. Lastly, by his wife Martha McClung. Thomas is survived by his sisters Mary Lombardo and Nancy Sizemore (Leonard), and two daughters Tammy Peck (Sonny) and Amy Ludwig (Michael). He is also survived by 13 grandchildren and their spouses (Whitnee, Ashley, Brandon, Abby, Aubrey, Murri, Murray, Morgan, Josh, Thomas (Scooter), Chelsea, Madelyn, and Aidan. In addition to his grandchildren, he is also survived by 12 great grandchildren and many nieces and nephews. In lieu of flowers, the family asks that donations be made to your favorite non-profit charity or research organization. His memorial service will be October 30,2021 At 1:00 Central time It will be a virtual service, through Zoom. Zoom ID 969-9756-2358 Password 250200

Thomas Edward McClung, age 84, of Springdale WV, passed away in the early hours of October 8th, 2021, at his daughter&#8217;s home in Lakeland, TN. He passed peacefully with loved ones by his side. Thomas was born April 26th, 1937 to Murray... View Obituary & Service Information

The family of Thomas Edward McClung created this Life Tributes page to make it easy to share your memories.

Send flowers to the McClung family.